The origins of Marsden Conservative Club lie in 1865 when a group of Conservative voters came together to organise the vote for the Southern Division of the West Riding of Yorkshire in the General Election of that year. In those days voters (70 in total) were treated to a free breakfast at the New Inn on Manchester Road and free transport to Huddersfield to cast their vote. On their return a dinner was provided for them, their family and friends.

These dinners were provided at The New Inn, The Two Dutchmen, now demolished, but situated near the present position of the village Stocks in Towngate, together with the White Hart,Towngate, now a private residence.

By 1871 the group had become the Marsden Conservative Association and held their meetings in local hostelries to the objection of their womenfolk. Consequently, in that year they rented a cottage owned by a Mrs. F. Goodall and adjoining the New Inn. A Steward who in those days was referred as a "Keeper" was appointed. He resided in the upper floor, the lower room being called the reading room.

Seven years later in 1878 it was proposed that the Association look for larger premises that would accommodate a Billiard Table. It so happened that Mr. Crowther of New Mill was about to erect a terrace of Back to Back houses on Brougham Road opposite the Mechanics' Hall. These dwellings would be called Derby Terrace. Mr.Crowther was approached and he agreed to knock the central two houses into one on condition that the Association pay £5 for additional beams to support the weight of the billiard table. The annual rent would be £25 for a seven year lease, reducing to £20 later.

The ladies set up a sewing circle and in 1879 organised a Sale of Work to raise funds towards furnishing the new rooms where the sale of intoxicating drinks would be strictly prohibited.

The Billiard Table was procured at a cost of £65 from the Manchester firm of Orme and Sons. It arrived by railway for the opening of the new rooms in the March of 1879.

The Annual Tea Party started in 1882 and was so popular that by the 1890s both the Mechanics' Hall and Wesleyan Sunday School had to be hired. In excess of 400 teas would be provided in several sittings with late night entertainment and dancing in the Mechanics'Hall.

Over the years the club had become so busy that was necessary to stop taking new members to look for new premises. In 1904 suitable land was found on Godfrey Close (now Victoria Street) and steps were taken to raise the necessary funds for purchasing the land and building the new club. Thus it was that on 20th June 1908 four cornerstones were laid at the front of the building by Lady Beatrice Kaye, John A. Brooke MA JP., Miss M.A. Crowther of Stanley House and Capt. Archibald Boyd Carpenter.

Some 15 stonemasons both local and from Oldham worked long hours during the Summer and Autumn to meet an initial completion date of December 1908. The club was officially opened on 16th January 1909 by Mr. Herbert Denton a mill owner of Slaithwaite and treasure of the Colne Valley Central Conservative Association. A major addition was made when an extension above the billiard room was completed in 1923 at a cost of £1353.3s 0d.

In 1969 the club was further modernised by reducing the size of the billiard room and creating a bar lounge. To achieve this a loan was provided by Joshua Tetley Brewery. This proved to be costly for the club.

The Conservative Club, Marsden and the Oldham connection. 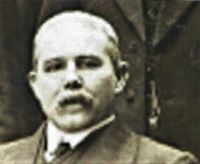 Mr. James Whitehead of 96 Wrigley Street, Oldham was the main contractor for the building of the new club on Godfrey Close, later renamed Victoria Street. He was a club shareholder. He died at the age of 61 years in November 1926 and his love for the village is displayed by the generous bequests he made to various institutions. He left £2,000to Marsden Urban District Council for food, clothing and similar articles for the poor at Christmas time; £1,000 to St. Bartholomew's church, the income to be applied for a brass band to supply music in connection with the annual procession at Whitsuntide, the provision of oranges, sweetmeats and other gifts for Sunday School scholars, for prizes at the annual sports in connection with the church and the Sunday School and for a tea for the Church Needlework Society; £500 for the Wesleyan Chapel: £200 to Marsden Cricket Club. He made numerous other bequests to institutions and individuals in the Oldham area. The residue of his property was in trust for his sister Elizabeth for life and on her death he left £1,000 to the Marsden Conservative Club, £1,000 to the Parish Church Marsden for stained glass windows and the ultimate residue of his propert include one - sixth to the Parish Church of Marsden.

Mr. John Edgar Newman, who was Club President from 19912 - 1931 was the main driving force behind the erection of the Roll of Honour, now to be seen on the main staircase. It was unveiled by Mr. Newman on 11th December 1920. The names on the Roll of Honour display no military rank.

The Club minute books show that quite a few members served in all sections of the armed forces, but there are no exact records.

During the war the upper floor of the Club was commandeered as a billet for soldiers guarding the Standedge Railway tunnels.

The Club minutes show that all members of H.M. forces be made honorary members of the Club for the duration of the war; soldiers on leave would be admitted half price to the weekly dance and monies were given to the Central Soldiers Comfort Fund.

Position of Women in the club.

From the outset, "The ladies and sweethearts supported their men folk whenever they could, but ladies were only allowed to help if accompanied by their husbands. Ladies were however the main fundraisers and organisers of Sales of Work, the Easter Bazaars and the Knife and Fork Teas." (David Wilkins "The Life and Times of The Con - Marsden" p29) Whilst the Club supported the suffragette movement, it took until 1952 for women to be allowed into bar on a Saturday night, but only if accompanied by a male member. Eleven years later in 1963 they were granted Associate Membership and could enter the Club unaccompanied and could buy drinks at the bar.

Full membership and voting rights was attained in 1975.

Whilst the roots of the Club lie in Conservative principles, in common with other political Clubs, Marsdeners of differing political persuasions enjoy membership. Today members may belong to more than one club if they wish. This is not a novel idea. Indeed in a pre World War 2 minute book reference is made that new members would not be accepted until subscription arrears owed to other Clubs had been settled. Anecdotal evidence states that Marsdeners have belonged simultaneously to The Conservative Club, Liberal Club , Socialist Club and Royal British Legion Club. The more informal / less political nature of marsden clubs is reflected in the fact that the today they advertise themselves as The Con., The Lib., The Soc., and The Legion.

With regard to Parliamentary representation, it is of interest to note the that there have only been two Conservative Members of Parliament over the entire period of the club's existence. Firstly, Graham Riddick 1987 to 1997, and Jason Mc Cartney 2010 to 2017 and 2019 -

The present and the future.

Over the years the fortunes of "The Con" have fluctuated. In 2018 due to decreased bar sales it was decided that the club could no longer afford a Steward and so Paul and Dusty Finney retired.

Since then the club has undergone major refurbishment, and continues to provide entertainment, quiz nights, a venue for various organisations to meet, provision of rehearsal facilities for amateur dramatic societies and a venue for snooker games and competitions.

Adapted from: "The Life and Times of The Con - Marsden" by David Wilkins, BEM.
Thank you to David Wilkins for permission to edit and condense the above booklet.
Roger Logue, Chairman, Marsden History Group.